The SSE technique involves passing a direct electrical current through a metallic rod held between two electrodes. The impurities migrate under the influence of electric filed towards one end of the sample - the purity of the central part of the sample is increased. To prevent the sample contamination (oxidation) the experiment is held under UHV.
Main parts of the apparatus: UHV chamber with pumping system, a direct current source. 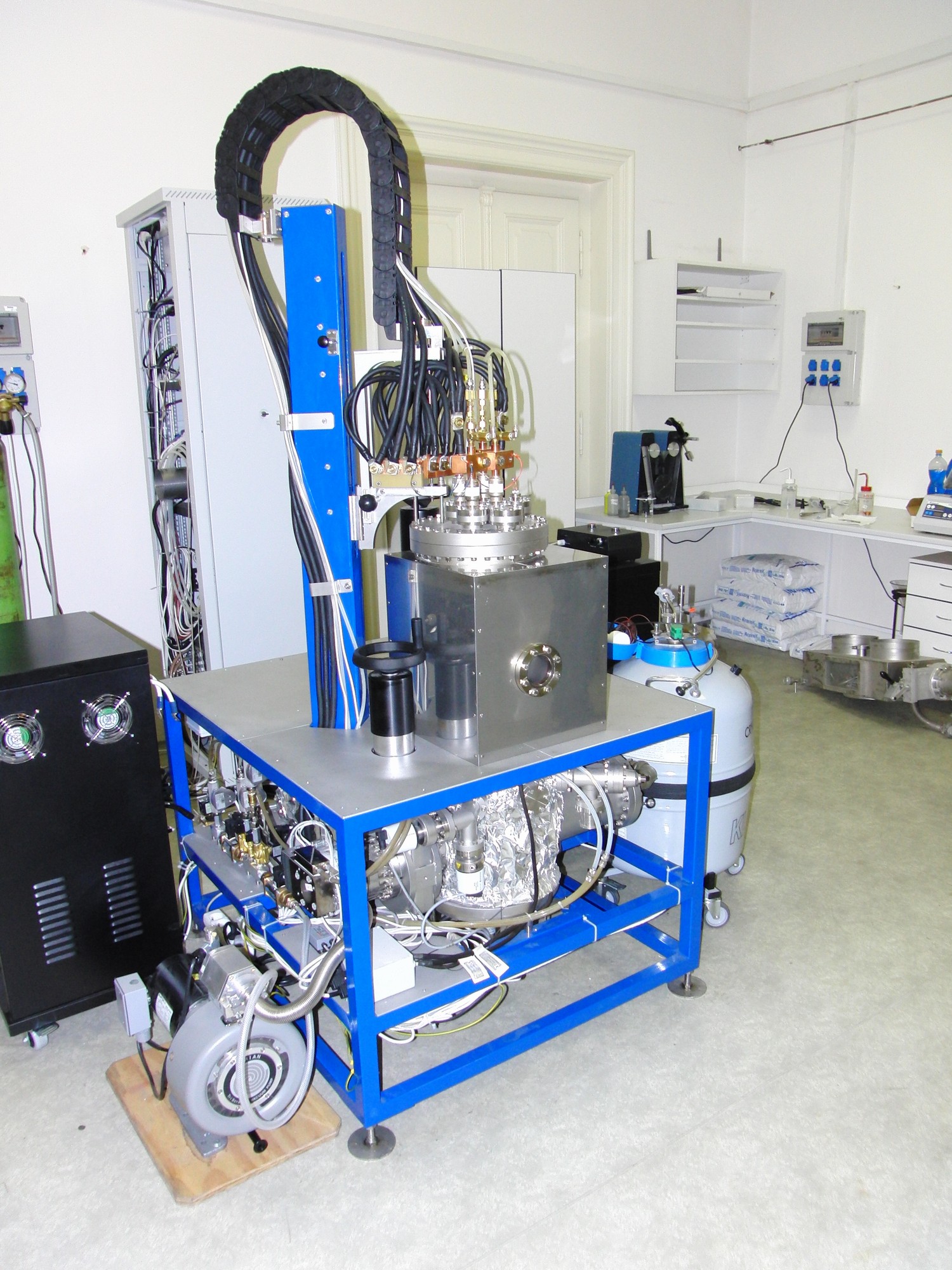